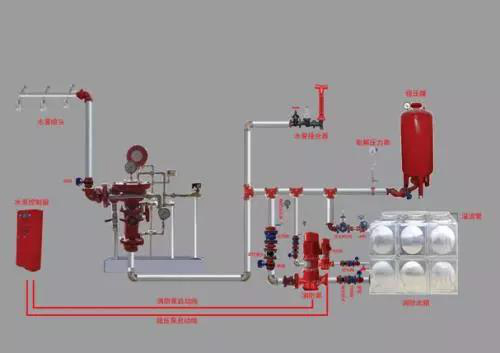 Pipelines are the key to fire sprinkler systems. Traditional fire pipes use copper pipes. Although it can meet the needs of solving fire problems. However, copper pipes are susceptible to corrosion by water, are prone to scale formation, have complicated installation, are expensive, and have a short service life. If the traditional pcv material is used as a fire sprinkler pipe, although it can solve some problems, it has a fatal defect. 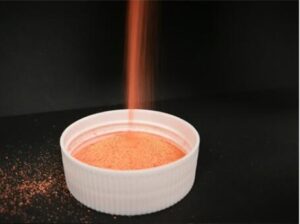 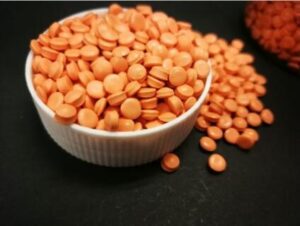 1 Wide temperature range and high temperature resistance
CPVC resin is made of chlorinated modified polyvinyl chloride (PVC) resin, which is a new type of engineering plastic with excellent performance and broad application prospects. The appearance of the product is white or light yellow, tasteless, odorless, non-toxic loose powder After chlorination of PVC resin, the molecular bond irregularity increases, the polarity increases; the solubility of the resin increases, the chemical stability increases; the resistance to chemical media such as acid, alkali, salt, oxidant increases, thermal deformation Increased temperature and The chlorine content is increased from 56.7% to 63-72%, the Vicat softening temperature is increased from 72-82 °C to 100-125 °C, the maximum use temperature can reach 110 °C, and the long- Term use temperature can reach above 95 °C.

2, sturdy:
CPVC is stronger than PP-R, PB and PEX, so fewer brackets are needed.
CPVC can withstand large pressures, and at the same pressure, a smaller pipe diameter can be used to achieve a larger water flow rate.
Under the condition of satisfying the service life of 50 years, the pipeline system has a pressure of 1.2 MPa, which meets the maximum working pressure requirements of the automatic sprinkler system;
The pressure value at 50 years is determined based on the 100,000-hour long-term hydrostatic test;
According to the GB / T 5135.19-2010 standard test, the test pressure value is 6.0MPa, which is 5 times the maximum working pressure requirement of the system.
Tensile strength – At 82 ° C, the modulus of XingYin CPVC is better than that of polypropylene at room temperature, perfluorinated alkoxy hydrocarbons and similar crystalline polymers. The tensile strength of PVC-C is significantly better than other materials. For example, the PVC-C tensile strength at 82 ° C is twice that of polypropylene at room temperature. 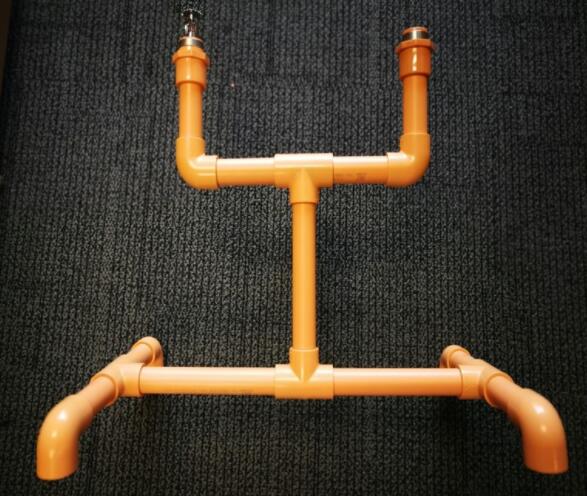 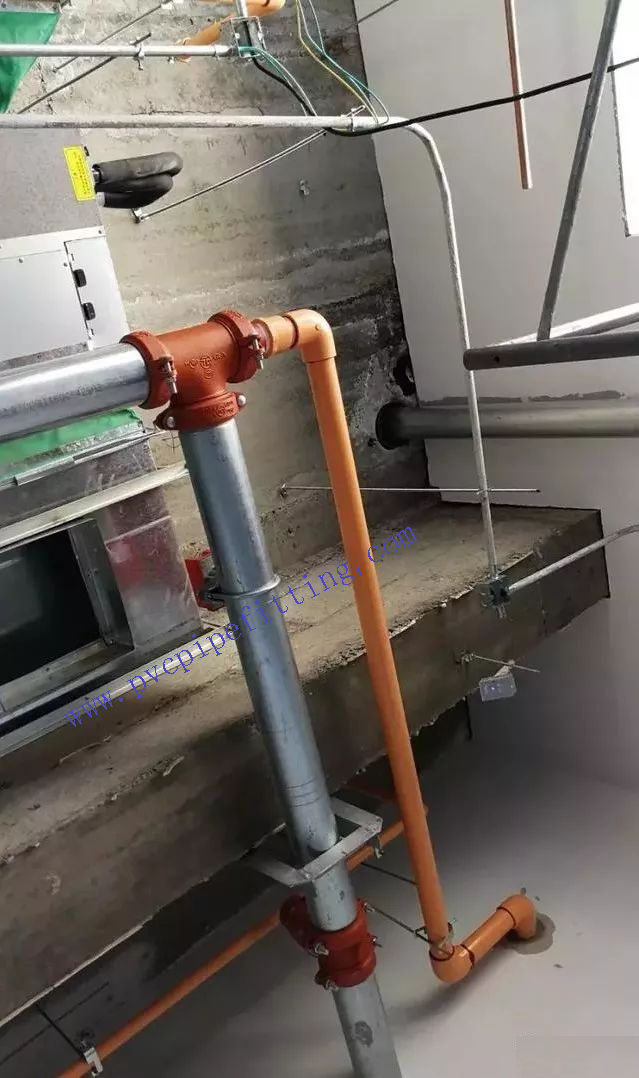 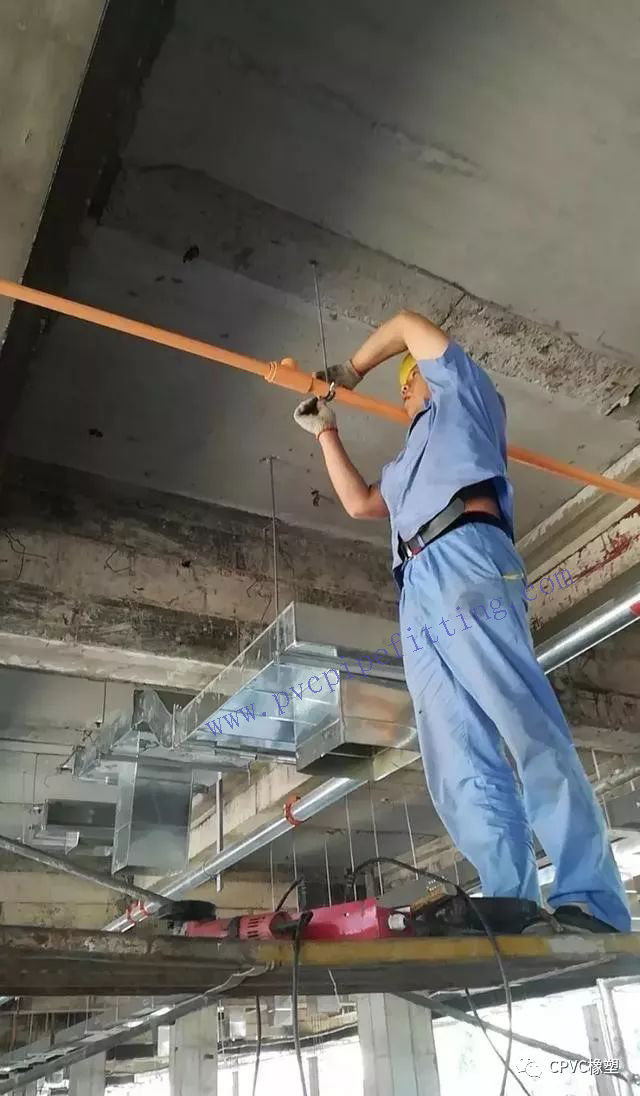 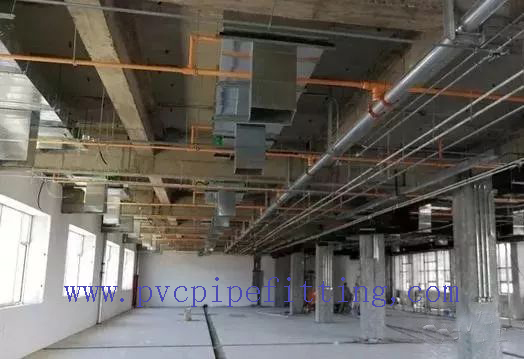 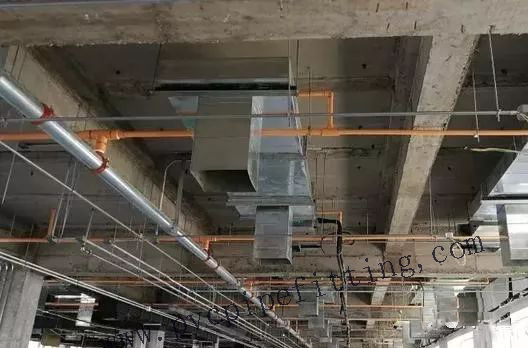 5, good flame retardancy
When CPVC is fired, it rarely produces toxic gases (only equivalent to the toxic gases produced when wood is burned)
1, the limiting oxygen index LOI: 60;
2. When the flame is continuously exposed, the surface becomes black to form a carbon layer;
3. The carbon layer reduces the burning rate and effectively prevents heat from being transferred to the inner wall of the pipeline;
4, the fire test flame temperature reached 871 ° C;
5, 7 seconds after the sprinkler action;
6. The pipe is in contact with the flame for 30 minutes, and the temperature around the pipe is 371 ° C to 482 ° C;
7. The sampling blasting pressure after the fire field test is 7.71 MPa; 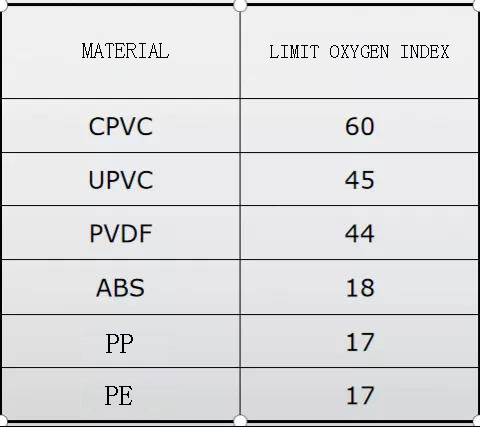 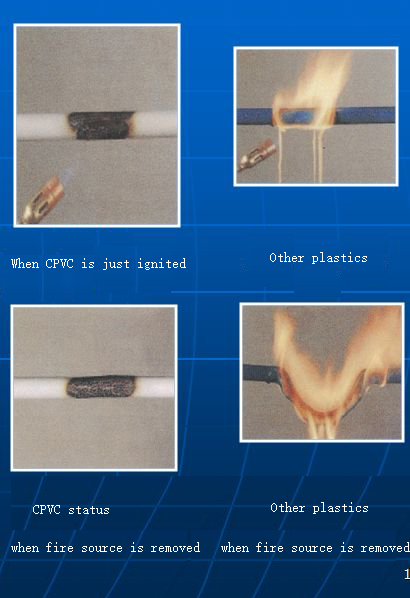 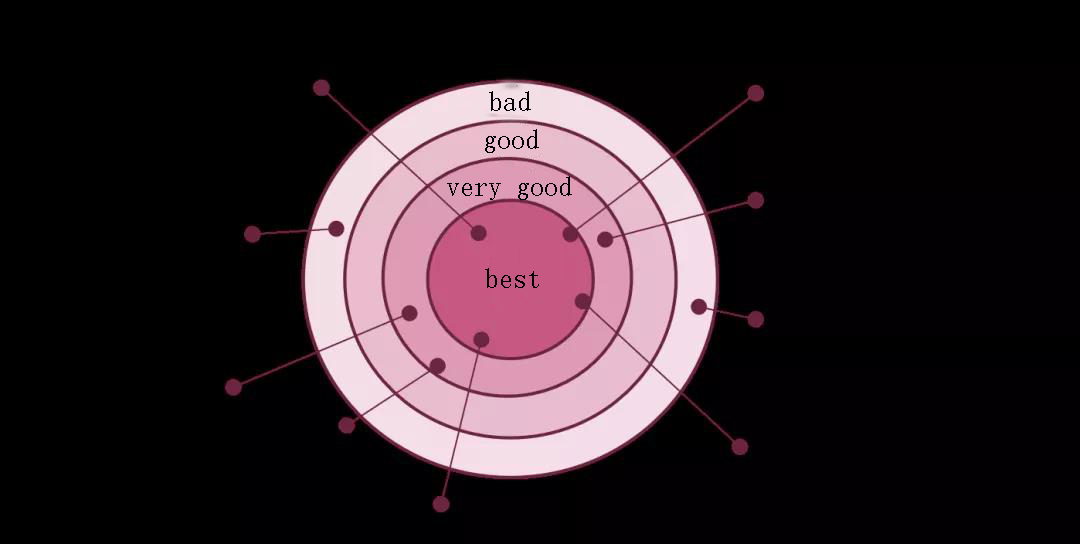 7, lower coefficient of thermal expansion
Compared with other plastic pipes, CPVC pipes have a small coefficient of thermal expansion, which is about 1/2 of that of PP-R, PB and PEX pipes.
8, superior hygiene performance
After a number of tests, the CPVC pipe is not easy to breed bacteria, and its bacterial growth rate is 1/60 of the PEX pipe, 1/10 of the copper pipe, and 1/4 of the steel pipe.
CPVC pipe is impervious to oxygen, the inner wall is smooth, and the bacteria film, algae and water impurities are difficult to adhere to. (The friction coefficient of the pipe reacts to the smoothness of the pipe, the larger the value, the smoother it is), which can avoid the proliferation of bacteria in the fire hose due to long-term idleness. The problem of blocking the pipe.
9, excellent hydraulic performance
The inner surface of the CPVC pipe is smooth, no water droplets are hanged, no scale is accumulated, and the flow resistance is small.
The number is 1/13 of the PEX pipe and 1/17 of the PP-R pipe.

From the data, CPVC materials are used to manufacture fire sprinkler pipes!
In order to widely use CPVC materials for production in China. In 2008, Star Silver began to develop CPVC independently. In 2013, Star Silver made a breakthrough, began trial production, and conducted market testing. In 2014, Star Silver successfully developed CPVC resin production technology, and its products reached the international first-class level. In 2015, CPVC’s entire industrial chain application technology made breakthroughs, and the products were recognized and started trial.
Xingyin is committed to the CPVC industry chain and creates competitive advantages in product management. Xingyin cpvc fire sprinkler pipe and fitting works very well. Because we are using the best CPVC raw materials.

In 2017, our company announced an industrialization project with an annual output of 40,000 tons of CPVC. The project will realize full automation control and adopt new recycling technology to achieve energy saving of more than 30%. At present, Xingyin has built a production line With an annual output of 40,000 tons of resin and compounding ingredients and 20,000 tons of CPVC products. The output and quality are all available and Guarantee! 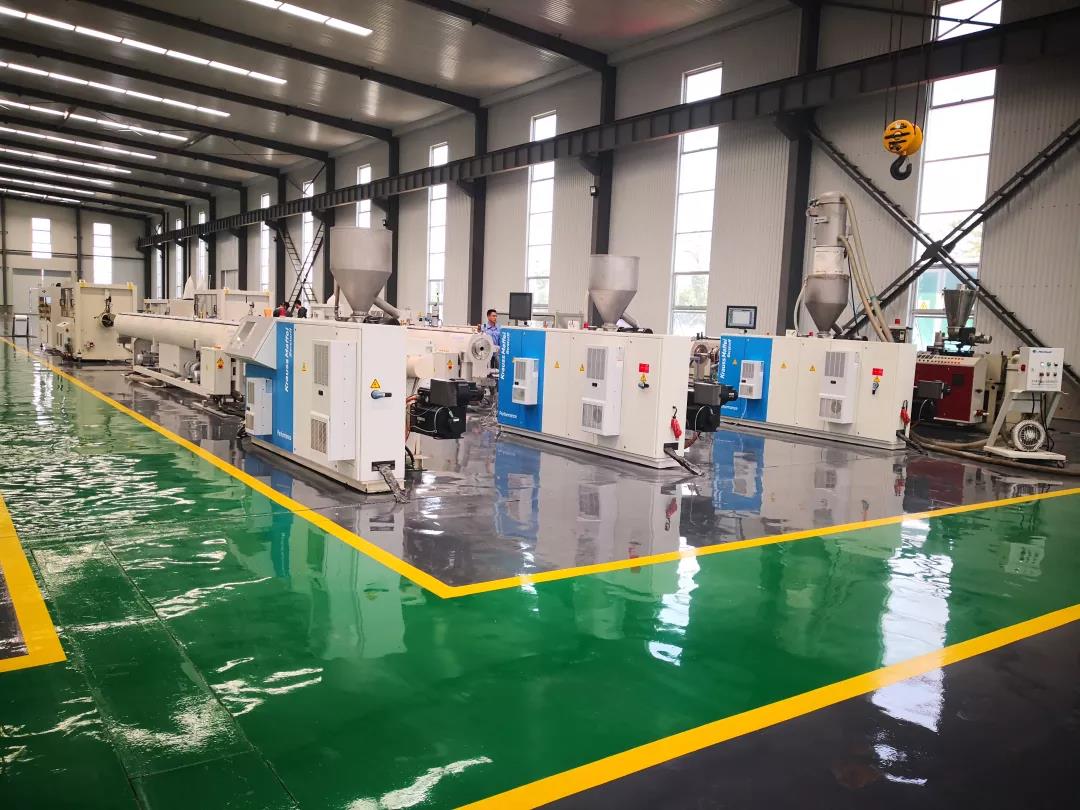 Welcome everyone to come to consult and study. 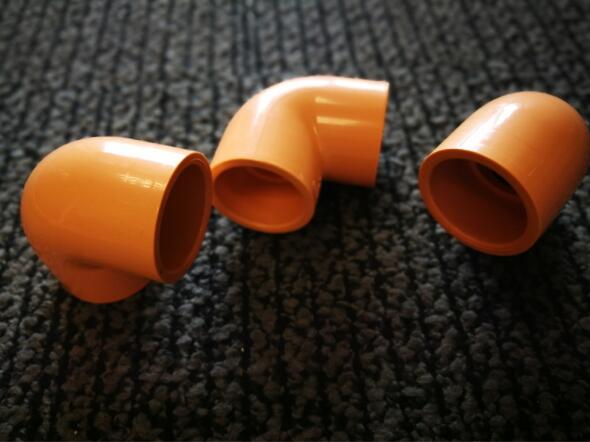 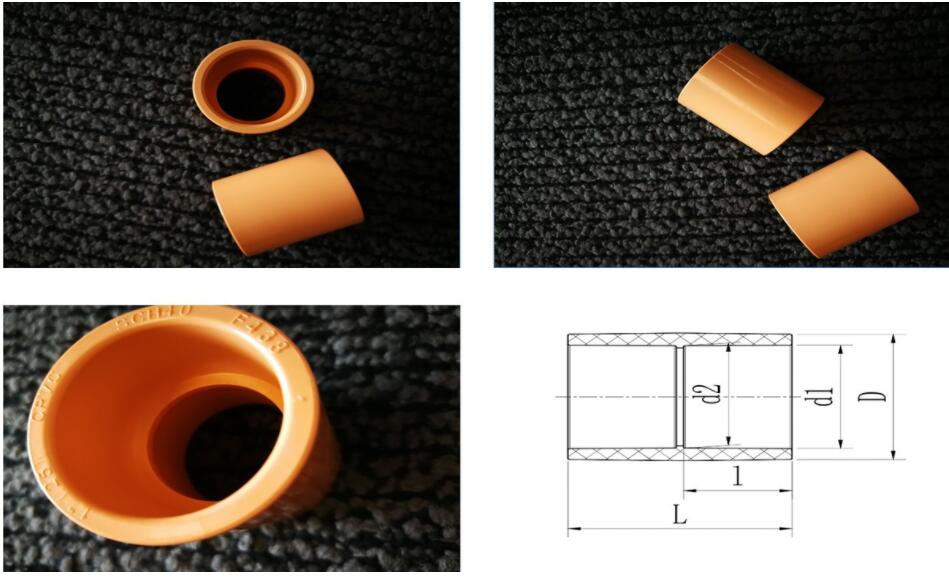 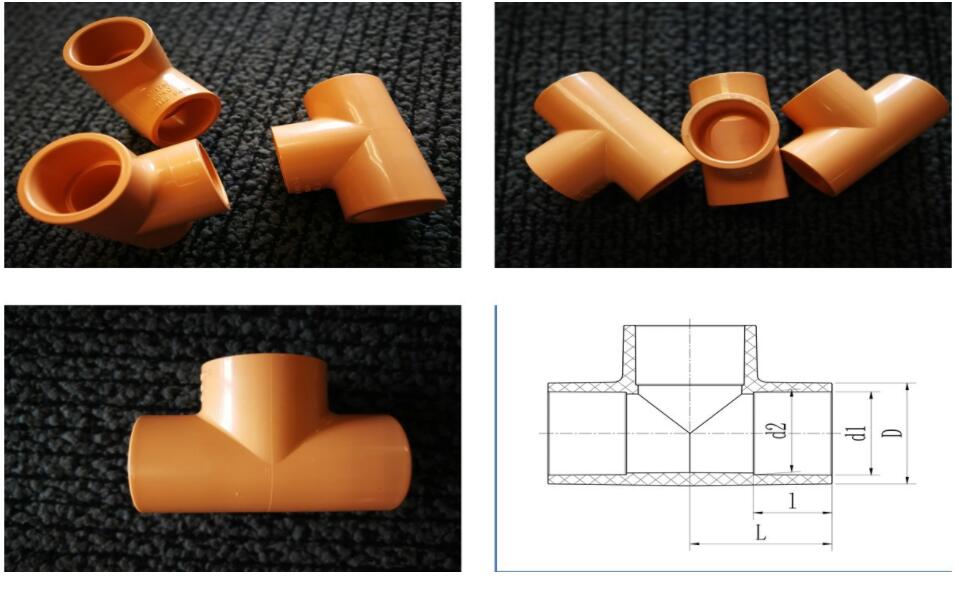 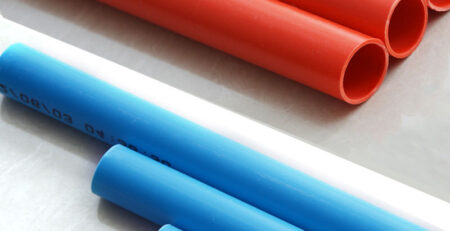 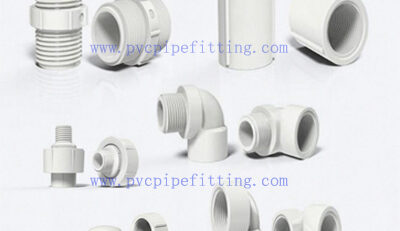 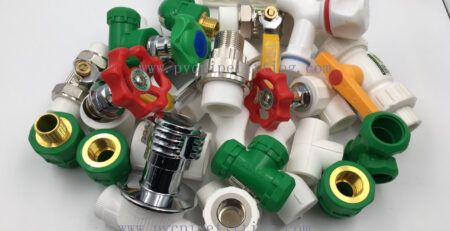 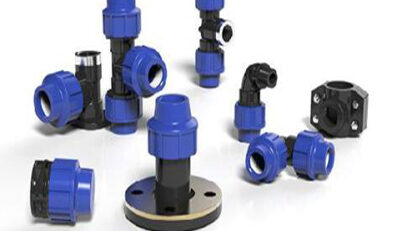 The best PP COMPRESSION FITTING manufacturer and supplier and factory 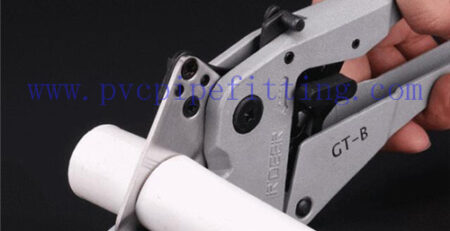 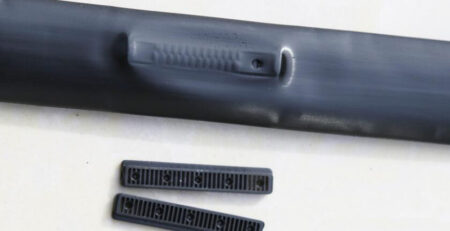 What is a Drip irrigation pipe?

How to construct PVC pipe fittings in high temperature weather

How to deal with PVC tee seepage

How to deal with PVC tee seepage PVC pipes are generally used together with PVC pipe fittings. After all, the routing of PVC water pipes will be bent. Usually, one of the more used fittings is the tee, then if you use the PVC pipe... read more